We believe a church has stood on this site since the 12th Century as the list of Rectors dates back to then. The current Church of St Nicholas was built in the 14th Century although the bell tower is the only section of the church remaining from that time.   The main part of the church was largely rebuilt in 1879–80 by the Rev. Sir J. Henry Fludyer, baronet and former rector of the parish (1834-70), and Augusta his wife, in memory of their three elder children, who died of scarlet fever at the ages of 4, 6 and 8 years. It is a lovely example of a small rural Victorian church with a number of fine features.

The church of St. Nicholas is a small stone building, in the Gothic style, consisting of apsidal chancel, nave, south porch and an embattled western tower, with four pinnacles, containing one bell and a clock.

The chancel and the south side of the nave are faced with ashlar, the tower and the north wall of the nave being of rubble; the roofs are covered with Collyweston slates. The shape of the apse is unusual:  half an octagon externally and a semi circular shape inside.

Interior     There is a bell tower, nave and chancel. The walls of the nave are covered in lime plaster.  The nave and chancel ceilings are timbered.  The floor of the nave is Ancaster Weatherbed limestone with Victorian tiled stone paving laid in the entrance, aisle and approach to the chancel steps.  The chancel floor is Minton tiled. 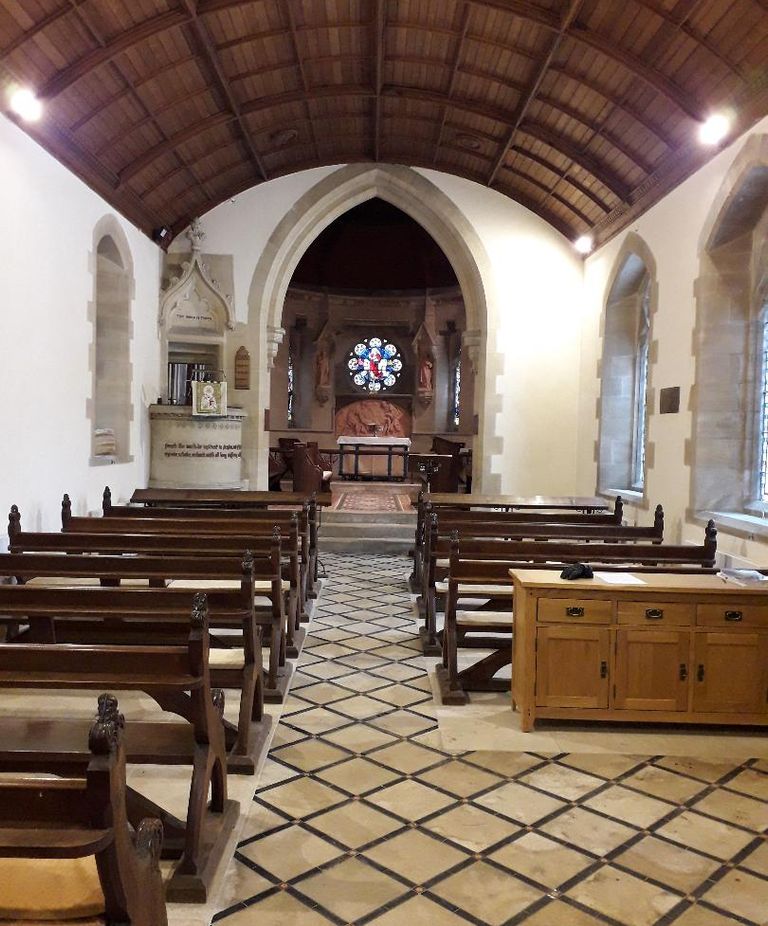 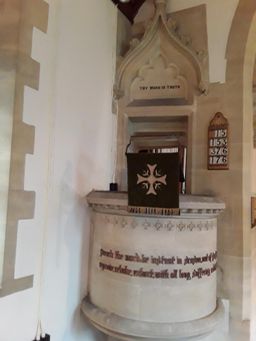 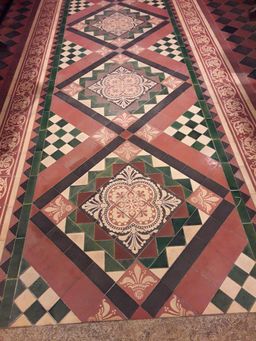 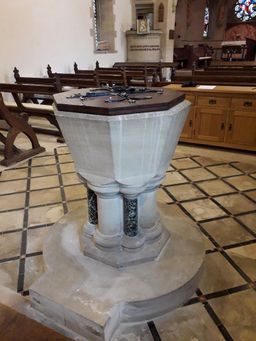 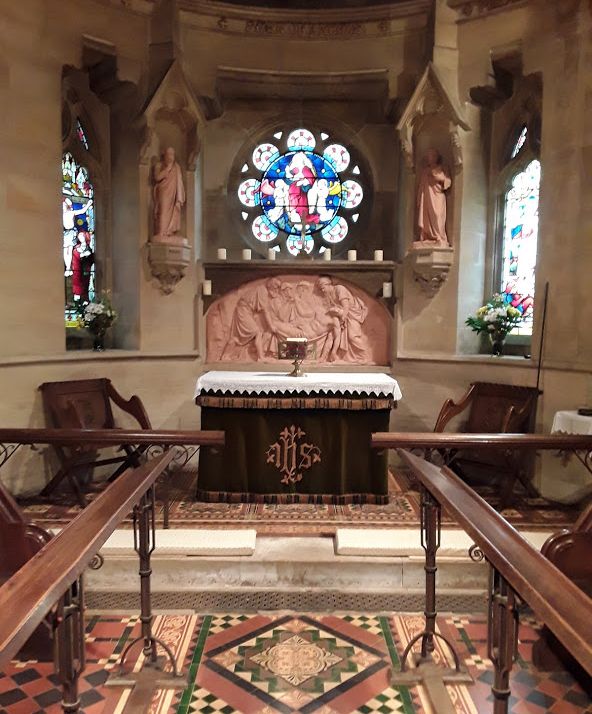 The chancel has several fine features in contrast to the plainness of the nave. There is a beautifully carved ceiling.  To either side of the altar there are four terracotta statues of the four evangelists, Matthew, Mark, Luke and John. Between them, is a terracotta relief of The Entombment of Christ.
The sculptures were by Mario Raggi (1821-1907).  Raggi was born in Carrara, Italy, in 1821. He studied art at the Accademia delle Belle Arti, Carrara, until he was aged 17 at which point he moved to Rome. By 1850 Raggi had left Italy for London, but it was not until 1875 that he set up his own studio. His principal work lay in memorial busts and statues, of which his commissions came from far and wide. His designs included the Jubilee memorial of Queen Victoria for Hong Kong, which was copied throughout the Commonwealth, Lord Swansea for Swansea, W. G. Gladstone for Manchester and Benjamin Disraeli in Parliament Square.
Quite how such a distinguished sculptor came to be commissioned to produce work for a tiny rural church in Rutland is not known.

There are 19th century stained glass windows on all four aspects of the building.   Among them is an East rose window showing two angels, one with golden wings and one with red wings. The “red winged angel” appears to be highly unusual if not unique to Rutland.

- the reading from Matthew 19:14 "Jesus said, Suffer little children, and forbid them not, to come unto me: for of such is the kingdom of heaven." The subject choice is apt given that the church was rebuilt by J Henry Fludyer as a memorial to his three children who died from scarlet fever.

- the crucifixion of Christ

- the resurrection of Christ

Between the two windows is the carved terracotta reredos showing the entombment of Christ,. Together they are a powerful representation of the Passion of Christ. 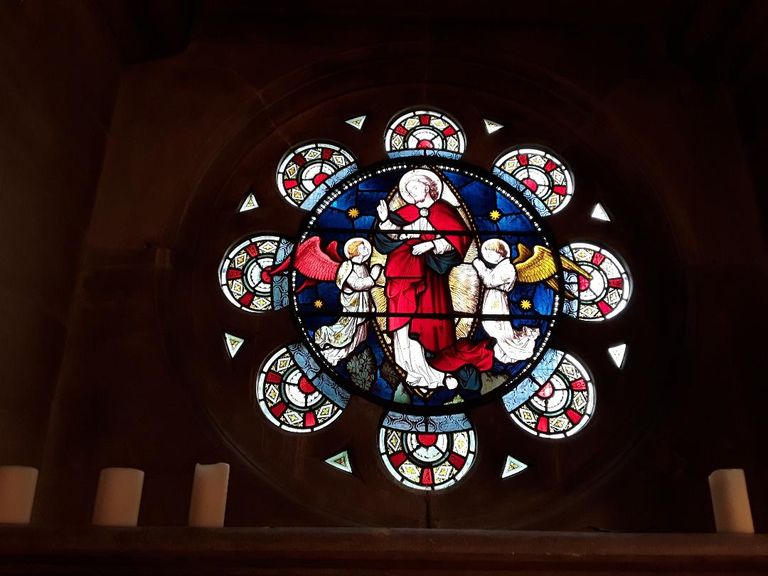 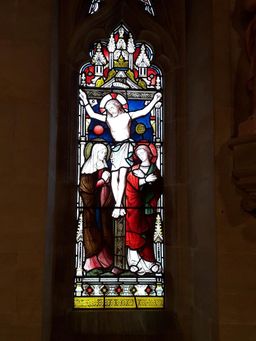 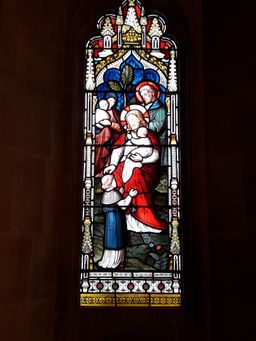 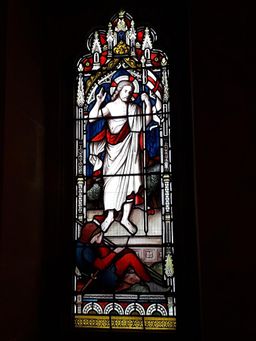